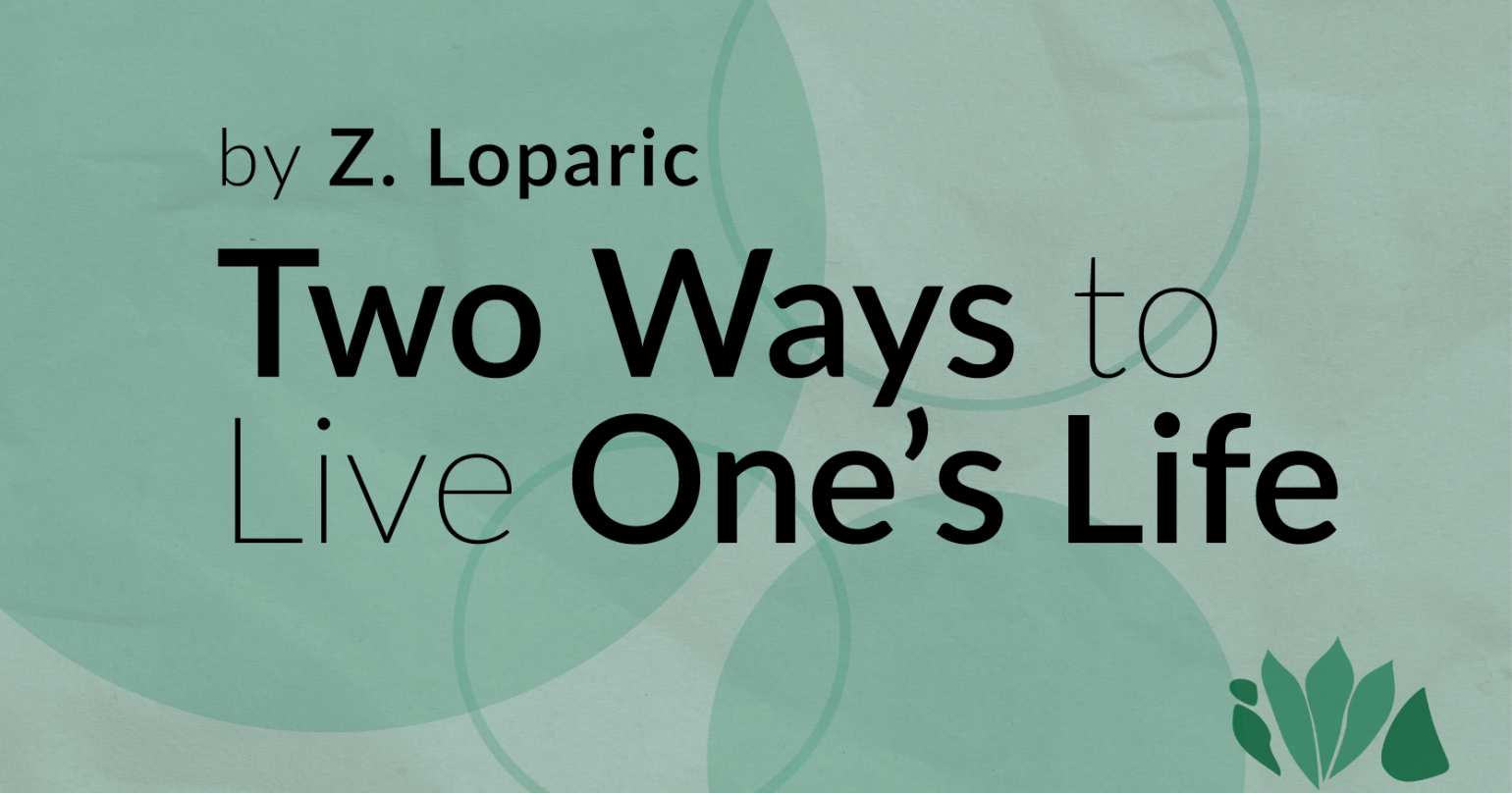 The basic problem of Freud’s psychoanalysis, we all know (I leave aside later developments and Lacan), concerns sexual life. It is about discovering how to live by effectuating the program of the pleasure principle. To live, here, means engaging with sexual objects and managing those relationships in a way that, at the very least, lessens displeasure. Our difficulties arise from the situations of sexual life; from the reality principle. The Freudian boy lives in a triangular family situation, where his only possible sexual object is his mother, but the father is already there having sex with her and will not let the boy to do the same. He is threatened with castration, or fears he is. The defenses identified by Freud are also well known: regressing along the line of instinctual development (the place of sex is once again occupied by appetite), becoming neurotic, or sublimating, that is, accepting the condition of being castrated. Castration anxiety can reappear in adult sexual life, when it is complicated by the pressures of social life, whereby psychic life as a whole is subjected to the dictatorship of reason through the cultural process, which sublimates the instincts and directs desire (the “psychic energy”) towards “higher” abstract objects, although at the price of generating “culture and all its discontents.”

Unceasingly, the fate of the Freudian individual is that of his libido, which goes through inevitable, ofttimes fantastic, displacements, always trying to bring to fruition the program of the pleasure principle, which determines the purpose of life, namely, to repeat the mother in everything one encounters, finding substitutes for losing her. The Freudian individual will live in subjection, as someone dominated by three implacable masters: the body, with its instincts; the external world; and the other humans represented by the superego. One cannot create one’s destiny, but merely choose the highest subjection of the three. This being so,
what is the basic clinical task recommended by Freud? To help the patient accept his castrated condition, his condition as a “subject.” With no more than this, Lacan made a fortune.

Winnicott repeatedly emphasized that his central theoretical and clinical problem was whether human life, considered in its entirety from beginning to end, including the life led according to the program of the pleasure principle, is worth living. It would be misguided to think that, by formulating this problem and his own answer, Winnicott made himself a philosopher and moved away not only from psychoanalysis, but also from clinical practice in general. His starting point, like Freud’s, is clinical, but related to another type of disorder, one generated not by repression of instinct (or “drive”), but by non-fulfillment of the need to exist, which is not a torment for neurotics. Neurotics regress or become repressed or, at best, sublimate, but do not go mad. Nor do they commit suicide. They are not annihilated. In fact, Freud refused to treat madness psychoanalytically and has no clinically useful diagnosis of suicide. Like the question of sex, the question of the value of life also arises in early life, even before the Oedipal problems, in infants still in their mother’s lap when they don’t receive what they need from her. Babies who have not yet integrated the instincts and who, therefore, are not moved by them (nor by drives), cannot activate mental mechanisms (to behave as if they had psychic apparatuses). They are there to be, that is, to integrate and relate, which are needs arising from the inherited potential that distinguishes human nature. These needs cannot be “fulfilled” by object relations; given the baby’s absolute
dependence, they need to be met with constant parental care. When they are not met, the baby does not exist as a unit self with the capacity for future relationships, as an existent being. It fluctuates between life and death, being and not being, eating or not eating, between love and isolation, between the absurd and what makes sense. It is seized by anguish. Not the neurotic anxiety of castration, of losing a body part, but of annihilation, of the loss of everything. Because it does not arise from disturbances in external object relationships, such as sexual ones, this anguish is unrepresentable; strictly speaking, it is unthinkable. That is why it is not experienced as such, but in terms of failure to accomplish the initial tasks of maturation – non-integration in space and time (falling into pieces, falling forever), losing the body, losing the ability to relate to objects, being enclosed in one’s own self (withdrawal).

Psychotics, who are unsuccessful babies, replay the same experiences of unthinkable anguishes. Like uncared-for babies, they are constantly suspended between living and not living. They agonize. That is why they despise neurotics and their petty problems, which pertain to living. And they force an attentive clinician to diagnose the problem of what is at stake. Even healthy adults become aware, even if momentarily, of the danger of feeling unreal, of not being themselves, of succumbing forever, of losing their bearings, of being disconnected from their own body, of being nothing and nowhere, of feeling annihilated. Of seeing their integration unraveled.

The question about the lives of babies and psychotics – which adults, even healthy ones, fear – reappears through the ages in our cultural experience, immediately conjuring up philosophy, theology and literature. Philosophy, as far back as when it came to know itself, addresses the same problem that afflicts an uncared-for human baby, namely, knowing that the external world (the mother) indeed exists out there, outside of me, reliably, reassuringly, even if I’m not looking at it, even if I stand back from it. Theology never freed itself from the doubt of whether there is a God creator of all, protector, savior, lord of human fates. Literature and art provide multiple testimonies of the problem of existing: I was not born, my life is a hesitation that precedes birth (Kafka), my birth is an inconvenience to be undone, “uncreated” (Cioran), I am not nameable (Beckett), I
am not one (Pessoa), I have no face (Bacon), I have no body (Giacometti)…

The solution to the problem of the value of life, both clinically and humanly, lies not in subjection followed by sublimation, but in using the creative spontaneity of the self. This is Winnicott’s name for the center of operations experienced as spontaneous, for operations not lived through as effects of external or internal stimulation. From this core of the personality, from the true self, because spontaneous, different ways of living arise. These are absolutely original creations. There is, therefore, a primary creativity that antecedes the mental operations of introjection, pertains to being alive and develops over the course of one’s life, initially through play and later with a cultural life and by living all-inclusively. What does creating consist in? In integrating into the whole of one’s life, into the space-time of relationships, whatever and everything that one finds; in uniting
what is present with the past and the future, with oneself and with others, but only after destroying it; in not copying (plagiarism is an unforgivable sin in the cultural realm) and in giving new meaning to what is ancient, old, conventional, unfurling a space where one may live and enjoy life as a personal expression of oneself, even amidst suffering.

Winnicott identifies several of infinite creations that, in health, extend throughout the maturation process, in the practice of living and in culture. In the early stages, the baby creates, gives meaning to the mother’s breast it encounters, creates its own mother, creates its own gesture – which is, Winnicott says, the real self in action (“I give this to the mother”) –, creates the transitional objects that do not give pleasure but are reassuring, creates symbols that sometimes fill in for the mother in early life. Later, in excited states, the baby creates external reality, the mother as a whole person, the capacity to play, the capacity to feel responsible, to put itself in the place of others (cross-identification); it creates – perceives by perceiving – trees and clocks. As a child, it creates the family, the gods of homes, the God of monotheism. Boys will emerge from the Oedipal conflict without having to submit to their father’s will, because they will be able to create, as they did with their mother, other women they will encounter in life, giving personal meaning to relationships. Healthy adolescents on the way to independence, essentially rebellious, will create new senses of society. Mature adults will be authors of multitudinous cultural abstractions and their insertion in human history. Creativity and variation, not subjection to traditional erotic patterns – it is there, in the ars amatoria, that lies the mature Winnicottian way out of the Oedipal predicament. Accordingly, the fundamental task of Winnicottian clinical practice is to help patients recover their spontaneity and resume, in the first person, the process of maturation from the moment it was blocked or became distorted. To remake their life.

These are the two lives I’m talking about. Freudian life, led according to the goals of the pleasure principle under the dictatorial control of the external reality principle. And Winnicottian life, led in line with the fundamental principle of existence: whatever one does in life, however aggressive and destructive, will only be experienced as real if it proceeds from the true self. Only what is experienced as created – and, therefore, as real – is good and worthwhile (see the Bible text: God created the world out of the void, and saw it was good). Whatever is adaptive, complaisant, however pleasurable, is experienced as not real and as vain and futile.
The principle of (obedience to) external reality is the archenemy of spontaneity, an affront to it.

And here arises a question for Winnicott, the answer to which will become a central point of his theory of human nature and of his practice: Which is the place where we can live creatively?