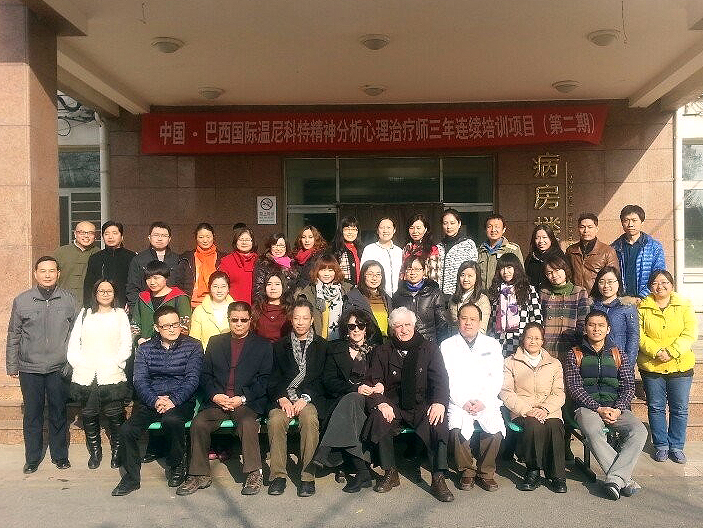 The Yikang Mental Health Clinic of the Beijing Huilongguan Hospital and the Brazilian Winnicott Society (SBPW), under the auspices of the International Winnicott Association (IWA) will be starting in Beijing on May 26th to 29th 2014 the training program called “Sino-Brazilian International Training Program on Winnicottian Psychoanalysis”.

The initial step towards the creation of this program was given by professor Z. Loparic, Founder and President of the SPBW and of the IWA during his visit to the Yikang Mental Clinic of Beijing Huilongguan Hospital in June 2013. On that occasion, Dr. Ling and Dr. Zhao of the Beijing Huilongguan Hospital described the situation of psychoanalytic therapy in China, explaining there were plenty of international training programs on psychoanalytically oriented therapy, such as Sino-German, Sino-Norwegian, Sino-British, among others, but that a Winnicott oriented training course in psychoanalytic theory and therapy was still lacking. On that account, professor Z. Loparic decided to plan and prepare, together with Dr. Ling and Dr. Zhao such a training program, with the aim to spread Winnicott’s psychoanalytical theory and practice, and by so doing to increase the level of theoretical and clinical studies of Chinese therapists and counselors.

This training program will continue for three years, from  May 2014 to November 2016, and will consist of morning and afternoon classes during five days in May and November of each year. The classes will be taught by Professors Elsa Oliveira Dias and Zeljko Loparic.